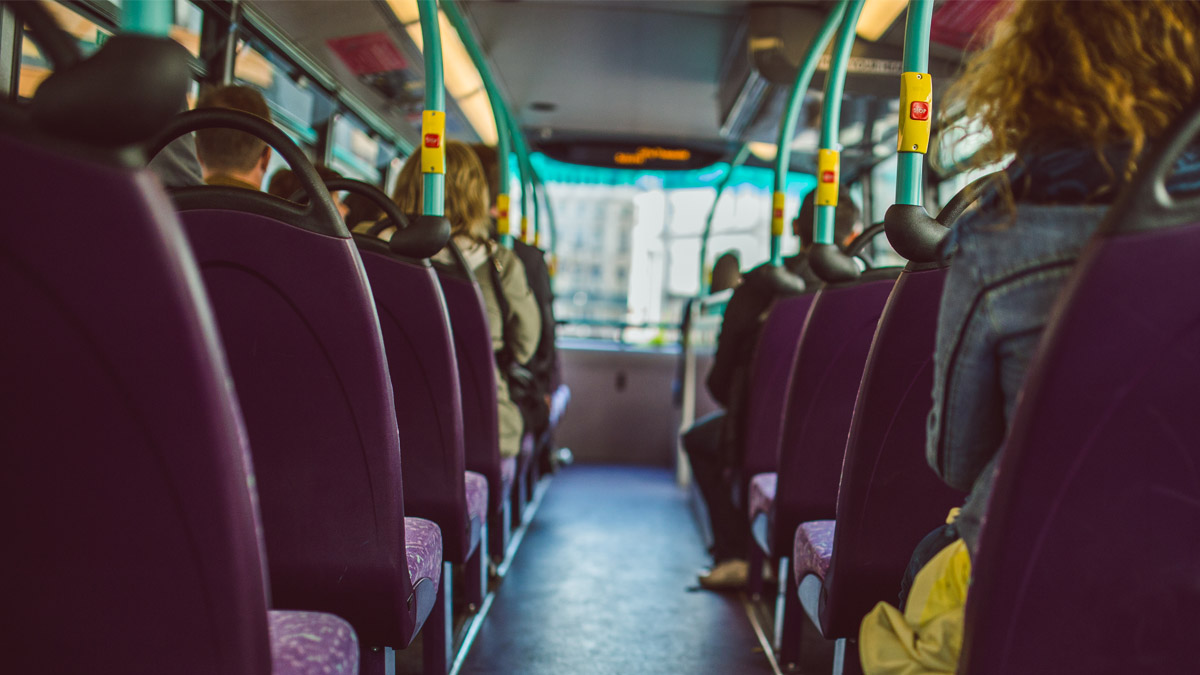 Perhaps you remember taking the bus to school every day and maybe now you wave off your own children every morning but were you ever stuck inside or left behind in that bus?

In recent years there has been a spate of just such cases in Victoria. Children have fallen asleep on their school bus and been locked inside, this appears to be particularly prevalent on buses which transport special needs children to their schools.

In one instance, in 2016 a seven year old boy on his way to Monash Special Developmental School was locked inside a bus on a 31 degree day and was not discovered until the bus was taken out of the depot to do the return school run. Just this year a young girl was locked in a school bus for 5 hours, her
absence causing a desperate police search.

In a bid to ensure the safety of children on school buses the Victorian Education department is installing a new iPad tracking systems in over 440 Victorian school buses. Information, Technology & Management Consulting (ITM) are behind the software and system created to ensure greater awareness and safety.

ITM are a project management company that specialize in providing iPad facilities on buses, including ticketing and booking systems on the V-Line. ITM’s director Bert Post spoke to us about the new school bus system they have created.

The new system uses iPads which are professionally mounted (by sprocket) on the bus to check the students in and out, much like roll call in schools. However the system has a few extra features including a tracking feature which allows parents and teachers to track the buses location and progress, it also allows the bus driver to send alerts in case of emergency or to let parents know the bus is running late. The final feature is a scanner installed at the back of the bus, at the end of each bus run, when it is returned to the depot the bus driver must walk the length of the bus and scan his or her card. This is to ensure no child is accidently left behind. Bus drivers who forget to do this can expect a follow up call or text as a reminder.

Google Rating
5.0
Based on 29 reviews

Rick McNamara
03:30 30 Jul 20
Very happy with the product. It was produced and delivered quickly, and the quality is exactly what we were hoping for. I also appreciated the help in making sure the wall mount suited our existing sanitiser bottles. Thank you.

Kate Birley
01:31 11 Jul 20
Excellent customer service, fast delivery, easy to install, professional and eye catching look, easy to change hand sanitiser with two bottles that can be refilled with your choice of sanitiser. Highly recommend for clinics, businesses, offices and entranceways. All of this product is made in Victoria. Thanks so much for quickly bring this product to market :-)

Grace Gallo
00:44 08 Jul 20
Have just received my sanitiser station from Sprocket. I did a fair bit of research before deciding to purchase from Sprocket. I was looking for something that was practical, easy to use, economical, heavy duty but it also had to look nice in my boutique hairdressing salon. The Sprocket ticked all the boxes for me, the staff were friendly to deal with and communicated very well from before I ordered to after I received it. I would definitely order more products from this company and highly recommend them.

Nathan James
23:05 05 Jul 20
I ordered four of the freestanding hand sanitizer units for a building I manage in East Melbourne. They arrived promptly after order, were easy to assemble, well weighted at the base to stop them from falling, and look fantastic. The sanitizer smells pretty nice too! (Mint and Jasmine). Very happy with the product and customer service I received, all around fantastic job.

Josie Rae
08:00 03 Jul 20
Sprocket was only too happy to help me with purchasing 2 sanitiser stands for our offices. Great experience, fast delivery. The stands are compact, elegant and look great with our custom branded signage - exactly what we needed.

Chris Lindus
05:37 03 Jul 20
I love these new hand sanitiser stations from Sprocket. They helped me with my custom artwork and had them delivered within a week. I've had so many clients notice them and comment on how good they look. Two have asked me for details on where they could get some for their own businesses. Incredibly professional and pleasant staff to deal with as well.

Patrick Berry
01:34 03 Jul 20
The X+ range look fantastic, we love the quality and how our custom branding really make them pop! Thanks heaps Sprocket for another outstanding product!!!!

Paul M
05:11 01 Jul 20
Purchased an X+ Wall Sanitiser Station for the office, looks amazingly sleek and modern, unlike many on the market.Employees keep hand sanitising from the beautiful fragrance from the supplied bottles.Delivery was super quick and took a whole 5 minutes to mount and start pumping.Excellent customer service and product. Highly recommended!!!

Mark
03:58 11 May 20
Great products, service and communication from Sprocket staff and are always happy to help with custom modifications and fitment for various applications - Keep up the great work! We will be back.

Brad Rohde
22:20 11 Dec 19
Great service always. Quotes are quick to turnaround and stock is always manufactured and disptached quickly. Simon and the team are to be commended!

E T
11:13 07 Oct 19
Sprocket products have been working exceptionally well for over 3 years in our barber business. Over 50 people use it every day and it’s a solid as a rock.

Arnold T
04:29 07 Oct 19
Simon from Sprocket has been exceptionally great in providing advice and solutions for all our tablet enclosure needs. Great quality products - highly recommend!

Sarah Graham
06:12 01 Aug 18
Awesome product, I ordered a lockable IPAD stand to use at business conferences and received excellent customer service from the team. Simon is super star and very knowledgeable.

Habitat Digital
05:12 26 Jul 18
These guys go above and beyond! Quality products and great customer service, I highly recommend Sprocket!

Andrew Chan
03:55 22 Jun 18
Just stared working with these Guys. The beauty is within on this product. Full credit to the engineering that has gone into it. A+

Justin Appi
06:00 07 Jun 18
Have worked with Sprocket for a number of my customer deals. Great product and service.

Ken Woodland
04:44 16 Feb 18
Dealing with Sprocket Pty Ltd was a pleasure, some online purchases these days are very tedious, Sprocket was efficient in answering emails even at inquiry stage and continued great service through to order and delivery .I would not hesitate to use Sprocket again and would definitely recommend them to others.

John Pigdon
10:28 08 Jun 17
I only had a small order but these guys gave me excellent service. They have a great Aussie built product as well. Thank you.

Matthew Dworakowski
22:39 22 Mar 17
Absolutely amazing customer service. Had a very tight and important deadline and the guys at Sprocket went above and beyond to organise everything for me so I would get it all on time.

Britt Nichols
23:47 05 Feb 17
These guys are awesome! Friendly customer service, fast turn around time and with great results. Thank you!

SureBridge IT
04:30 12 Jan 15
Only found these guys recently but they have been great from the start. Thanks team.
See all reviewsWrite a review